When it comes to exploring Yucatan, Merida is the starting point for all routes of the Maya world. For over 400 years, the White City forged his political career and starting point for the exploration of Yucatan. Founded in 1542 the ancient Mayan city of Tho on, in colonial times became the seat of the Spanish government on the peninsula.

Merida is fascinating and cosmopolitan , with museums , parks , markets and outdoor cafes . Along the Paseo Montejo and extension can be found restaurants, hotels , bars, banks and businesses that offer visitors all the services to make pleasant your stay in the city . Also during the year, various socio- cultural activities such as the anniversary of the city every night of 5 January, with the traditional dawn , waking Merida voiced by hundreds of singers who sing to the city on the eve performed their anniversary , 6 d January, the festival of the city , through spectacles of dance, music , theater , visual arts and literature, rescues sharing their customs with visitors . We Merida carnival , festival that takes place each year before the season of Lent, and invites citizens to the streets to enjoy the famous carnival parade . The family Hannal Pixan ( ancient Mayan tradition of Day of the Dead ) , the Yucatecan music in the historic center , the cultural fall Yucatecan cuisine, carriage rides in downtown Merida and Paseo de Montejo and the quiet walks of Merida on Sunday, are some of the many activities that adorn the cultural diversity of this beautiful city. 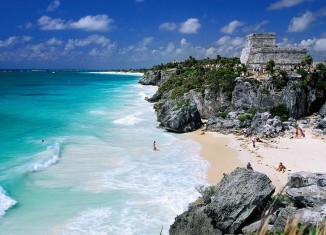